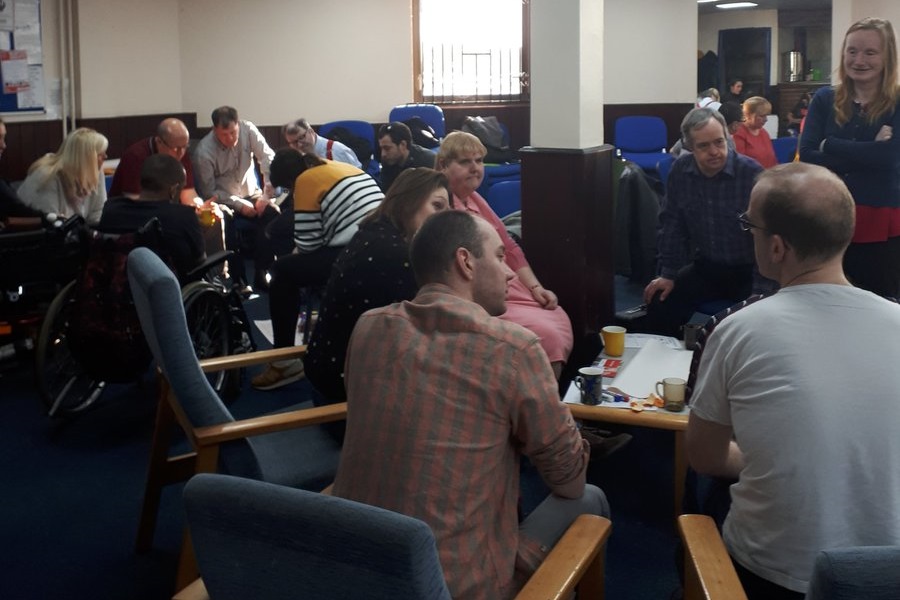 On Friday 15th February, over 30 people attended a planning meeting for a supported decision making training course, organised by Advonet and CHANGE. The event was the first to take place underneath the umbrella of the Leeds Advocacy Network.

At the beginning of the session, Philipa Bragman of CHANGE explained what Supported Decision Making is. The UN Convention on the Rights of People with Disabilities (2008) enshrined ‘supported decision-making’ in law in many countries, including the UK.

Supported decision making is a model for supporting people with disabilities, often cognitive disabilities to make significant decisions, and exercise their legal capacity.

The training and solution focus will empower people with learning disabilities and those that support them to take more control of their lives and free up social workers, advocates and others to focus more time on those least able to do things for themselves.

Once piloted, the training has the potential to support Leeds’ Strengths-Based approach in other areas such as people with Dementia, people with mental health needs and older people.

Our proposal includes a steering group which would oversee the pilot and with members (such as Leeds City Council, Forum Central and Advonet) would be relevant at a later stage should the model be adapted to work with other groups in the population.

The session generated lots of ideas about content for the course and made some initial decisions such as that the people with learning disabilities and support workers should train together. It was also an opportunity to express interest in joining the steering group.

The first meeting of this will take place on Thursday 7th March and the course itself will run later in the month. Contact Claire Nixson at Claire.Nixson@advonet.org.uk if you would like further information.

The Leeds Advocacy Network, the host of the event, now has a growing membership of local organisations and community groups who offer informal advocacy as part of what they do. Its aim is to help strengthen advocacy support as a whole throughout Leeds to learn from each other, share best practice and training and give a stronger voice on issues.

If you would like to find out more about joining the network, please send an email to leedsadvocacynetwork@advonet.org.uk.